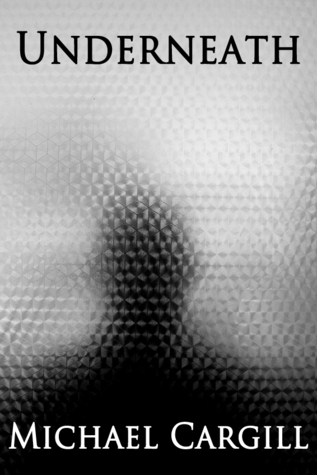 [Warning – This book contains swearing. If you are uncomfortable with that, I would suggest not reading it. However, I would stress that I thought it fit well within the story and wasn’t overbearing.]

I have awarded this 5 story stars.

Summary: Underneath tells the story of Hugh, a disturbed man who loved squirrels and garlic, and hates people, who he refers to as slugs. Having tried to be a team player and interact with other people, in both his work and personal life, and feeling nothing but disgust and blinding anger, he eventually stopped bothering.

Review: Underneath asks the question ‘How well do you actually know the people closest to you?’ in the most striking way. Hugh, the main character, appears perfectly normal on the outside, even charming at times. However, underneath, he is clearly a raving lunatic! It just goes to show that looks and first impressions can be deceiving. Written from two points of view, we hear from Hugh, who is losing his temper in various locations such as a supermarket, and Claire and Robert, two police officers who are cleaning up the mess.

I thought this was really well written. From the very beginning, I hated Hugh. Everything about him just made my skin crawl! I was greatly impressed by how well the author managed to ‘get into the characters head’, for lack of a better way of phrasing it, and the descriptions of Hugh’s thoughts and actions portrayed that. At times the story felt a bit repetitive, but I felt that this emphasised how all over the place Hugh’s mind was, that he couldn’t remember if he had done something so he did it again to be sure. A very clever effect! While it took a few chapters for any ‘action’ to be seen, it was in no way boring and still kept me engaged with the story.

While there was a lot of tension, particularly regarding when Hugh’s mood would change, and what he would do as he seemed quite unpredictable, there were also elements of humour. I loved Robert, the police officer, who was constantly either eating or thinking about eating which definitely made me smile each time! Also, the interactions between him and his co-worker, Claire, were great.

★★★★★ – Well written and an interesting view into the mind of the disturbed main character. Tense, with elements of humour. An interesting read!

2 thoughts on “Review: ‘Underneath’ by Michael Cargill”