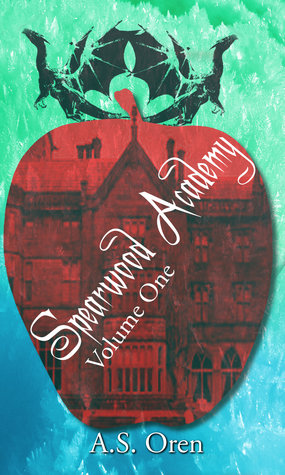 I have awarded this volume 2 stars.

Summary: Avalon Clementine, the first female of her kind, is painfully cursed to turn into her dragon form every night.
When her adoptive father, Edgar, is contacted by a school in Tibet claiming to have others of her kind enrolled there, though not female, Avalon jumps at the chance to find the answers that she has been seeking.

Review: This is the first piece of work that I have read by this author. I got this while it was free after seeing numerous bloggers rave about it and all of the amazing reviews on Amazon and Goodreads. Unfortunately, I just didn’t feel the same way about it.

The concept was brilliant; I haven’t come across many books where the characters turn into dragons. I couldn’t wait to get started! I also thought that the detail that Oren went into about Avalon’s change was brilliant. I just wish that the same detail was applied to the rest of the book.

For a collection of ‘episodes’, it is quite short and therefore missing depth, and there were a few typing and formatting errors (which I’d usually be fine with, but this collection is so short that it bothered me). Also, there wasn’t nearly enough background information or detail to make the world that Oren had created feel believable, and the characters often blended together. There are constant references to other works, such as Harry Potter and Doctor Who, which made me feel that the author was using these references instead of having to give details.

I found the writing to be a little simplistic at times and didn’t feel that it suited the characters or the world that Oren had created; in a world where everyone is incredibly gifted, the simplistic way that they spoke or acted really didn’t work for me.  As well as this, all of the male characters seemed to accept Avalon instantly; while I would expect a fair bit of interest, as she’s the only female with the same abilities as them and the only female in the school, I would also expect a degree of caution or for them to want to test her or shun her once the interest had died down. I was also left very confused about the encounter with the ‘Royal’ as there was no explanation at all.

For a lot of the volume, not much happens and i often found myself drifting. Also, the phone calls between Avalon and Edgar, her adoptive father, felt very much like an afterthought and very abrupt. By the end of the volume, the reader is still left knowing no more really than when the story started. While I understand that cliffhangers make the reader purchase the next instalment, there was no attempt at giving answers, which made me feel disappointed rather than excited to read the next instalment.

★★ – an interesting concept, but simplistic writing and no answers given. I don’t think that I will be progressing with this series, unfortunately. 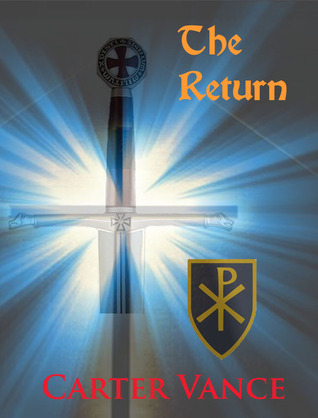 Summary: The Return tells the story of Peter and Sarah, a young married couple who discover that their unborn child is the next messiah. An ancient following called the Templars are desperate to ensure the survival of Peter and Sarah’s offspring, but their enemy is desperate to prevent it’s entry into the world at all costs.

Review: I thought the plot of this book was interesting and though that the mix of world history and fiction was good. However, this book got 2 stars from me for two reasons.

Firstly, it annoyed me that the characters (particularly Peter and Sarah) were so understanding and accepting of their position from the moment they found out. This made them seem largely unrealistic to me. Secondly, the story moves so fast that I found it impossible to get to know the characters. Because of the story moving so fast, the characters lacked personality and dimension.

★★ – an interesting story line, but I found the characters to be unrealistic and I didn’t get a chance to get to know them, making them very 2D.

I have awarded this collection of short stories 2 stars. 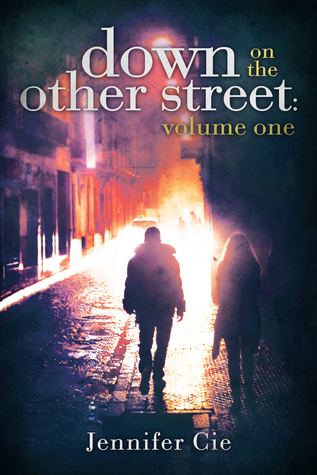 Summary: ‘Down the Other Street’ is a collection of five short stories, dealing with the subjects of sexuality, identity, relationships and love. Each story is about a different character, and each story contains intimate details of that characters life.

Review: While each story had themes that overlapped with the other stories, I found that each story was considerably different. I thought that ‘The Photo’ and ‘F&F’ were well written and interesting, however, the other 3 stories just didn’t hold my attention, despite being very short. I didn’t find them as engaging as ‘The Photo’ and ‘F&F’ and found myself drifting. I also found myself feeling confused; by the time I had grasped the story, it has finished. As a result, I can’t really say that, overall, I enjoyed this book, as I only enjoyed 2 of the 5 stories. Therefore, I have awarded two stars.

★★ – Each story was well written and different, despite overlapping themes, but only two out of the five stories held my attention. 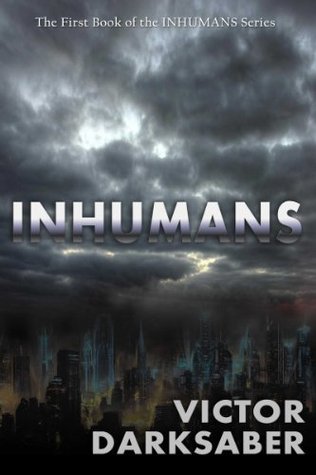 Summary: Mixing sci-fi and fantasy, Inhumans tells the story of Ichabod Gore. When his whole family Is executed in front of him, Ichabod, a Lycan, knows he must run for his life. Having lived apart from civilisation for a number of years, Ichabod feels ready to return, determined to seek vengeance for his family. Ichabod is not just an ordinary Lycan though, he is the last hope for his species. Ichabod, along with his sister Anazella know that they must kill the Eleven Lords that executed their family if their species is to triumph against the human race.

Review: I quite enjoyed reading this, as it had an interesting story line and was fast paced. However, in my opinion, the opening chapter contained  too much information about the different clans and species for me to process. It was interesting to know the background of the story before we met the characters, but I think that it should have been spread out a little, which would have made it easier to process.

I felt that the characters could have been a bit further developed as well; all we really know is their species, Ichabod’s ancestry and both Ichabod and Anazella’s thirst for revenge. Also, there were a noticeable amount of mistakes that I found difficult to overlook (missed words [‘driven by rage and unquenchable thirst for vengeance’] wrong tenses [‘it don’t break’] and mixed up phrases [‘how could you have broken me so deep?’). In my opinion, a lot of these mistakes could have been avoided with the use of a proof reader. As a result of the mistakes and the character development, I feel that this book earns two stars, which is a shame, as the story was quite interesting.

★★ – Fast paced story line, but would have benefited from a proof reader and further character development. An interesting story line, with a mix between sci-fi and fantasy. 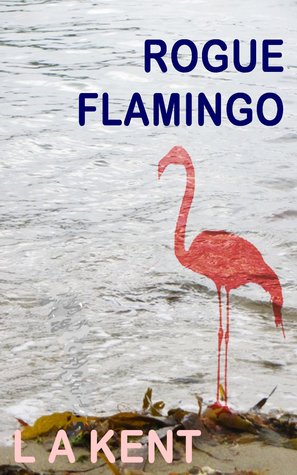 [Warning: This review contains spoilers. To view these spoilers, hover your mouse over the underlined text(laptop users). If you’re on a tablet or smart phone, please head to the bottom of the post, and highlight the space.]

Summary: When a lawyers body is found on a beach, followed by a second body being found in a nearby building, the police of Porthaven, a small Cornish village, are stumped. When more bodies turn up, everyone is thinking the same thing – accident, or murder? and why this peaceful beach village? Well, in the words of Dr. Tremayne “psychopaths need holidays too”.

Review: If I’m honest, I wasn’t completely sure what to make of this book. Firstly, the body that is found on the beach on the opening page is not mentioned again until page 51, which sort of lost my attention a bit. Between the body being found and page 51, the narrative seemed quite irrelevant to me and I had to check that I was still reading the same book (maybe the author should have alluded to who the body was and the reason for this narrative?). As well as this, I found some of the events to be a bit unrealistic at times. There were also aspects that I found contradictory. For these reasons, I found myself not really enjoying the story as much as I thought I would, having enjoyed the opening page.

Having said that, I did enjoy the police aspects of the story and I found these scenes quite engaging. The hand-drawn map by one of the characters at the start was also a nice touch. The psychology aspects were interesting, too.

I thought that the story was well written, but maybe not as well thought out as it could have been (for the reasons detailed in spoilers). I did, however, think that the story wrapped up nicely at the end, even if I had previously guessed who the killer was. There were still some clever twists and turns throughout. As I did enjoy the police aspects, which account for a sufficient portion of the book, and as the book was well written and had believable characters for the most part, I have awarded 2 stars.

★★ – Police aspects were interesting, but there were unrealistic elements. Also, the first 50 pages seem detached from rest of book. Warning: this book contains disturbing scenes. (hover over to see spoiler)

1) “a bit unrealistic” – A young girl (age isn’t stated but between 5 and 10 judging by other events) holding both of her cousins heads under water at the same time to drown them, without struggling, just wasn’t plausible to me.

2) “I found contradictory” – I understand that the very young girl touching her aunt’s ‘pussy’ was to show that she was aware of sex and explain her sexual crimes later on. However, the character then goes on say that all children do sexual things with each other and don’t tell adults. Contradictory? Shouldn’t she have touched her cousins if she thought that? Also weren’t they an easier target is she’s being sexually manipulative? This just didn’t work for me.